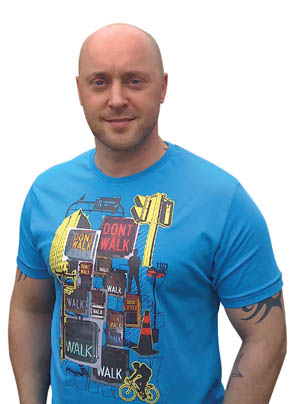 Now free from drugs, a Christian and with a life that’s being re-built.

Johnny Kinch couldn’t say no to drink, drugs and gambling. Prison and homelessness were the result. But this ‘good’ conman changed when he encountered Jesus. ‘I have done just about everything to fill the void inside but found no real lasting joy. Then one day I gave myself to God and made knowing him my goal. The emptiness inside me finally filled… ’

Time and again Johnny got ‘lucky’ with chances that he squandered. After training in the Royal Marines he changed tack completely to try his hand at acting. He won a coveted place to study acting at Royal Academy of Dramatic Arts (RADA) in London. Within 18 months he was thrown out, homeless and selling the Big Issue. Then he got a break which led to parts in TV’s Soap Stars, Doctors and The Bill.

Even the promise of future success couldn’t break the hold of his destructive lifestyle. He found himself back in the hostel system following an abortive suicide attempt. He took his family for every penny he could – ‘I burnt all my bridges with them,’ he recalls. But it was through his mother’s continuing support that he eventually made contact with an old friend who was to have a vital role in his life.

‘God’s timing doesn’t just come into play when you become a Christian. God’s timing is in the whole of your life. I had gone to church as a young boy. I remember being about 12 or 13 years old and making some kind of commitment. I knew about this person Jesus.

‘But I had no idea then how my life would end up – with the drugs, the gambling, the alcohol and on the streets. As I grew up I pushed it away but God didn’t forget about me. It was 19 years that God let me go. I was tired and broken then there was room for God to move in. As I accepted God, his timing was perfect.’

Johnny reluctantly went along to church with his old friend. He had an immediate reaction to the service. ‘It was quite overwhelming and felt lovely at first but after the initial blast I was filled with guilt…’ Even then he felt drawn to return the following week.

‘Sunday 10th October 2004, I asked God to forgive me for all the terrible things I’d done and declared that from that point, I would follow Jesus for the rest of my life…

‘Everything has fallen into place – how I met my wife when I went to Bible college to study theology after I’d become a Christian.

‘When I first became a Christian there was some concern in my family. I’d been searching to have that void filed all my life so I just had to take it on the chin. 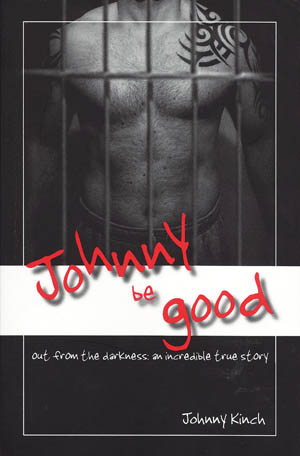 ‘I had to let them know by the way I lived my life.’

He has now been reconciled to his family including his father who he didn’t speak to for four years.

‘As I’ve now been allowed to come back into the family, it has brought us together.

‘I was the one who was splitting them up. God has restored our relationships.

‘They have seen past my past. They’re looking at me as a fresh person who has changed and made a difference.

‘I don’t do all those things that I used to do. There’s not a day goes by when I am not remembering where I’ve come from and where I’m going.’

‘I had a definite moment where I laid it all down before God. I got the job at the BBC because of my book – Johnny be good.’ In this book Johnny pulls no punches as he honestly recounts his story in sometimes graphic detail.

He’s not proud of his past but he is of what God has done in his life. He is involved in the rehab hostel where he mentors guys who have come to faith in Jesus. He teaches in the college where he studied. His ‘daytime’ job is for BBC Radio Derby as a presenter and he works with some 20 local churches as an evangelist in prisons and schools. You can also find him at his local Costa Coffee once a month for a time of music and chat.

‘It’s amazing what has happened in four years! Now I have something to live for.’