“I wish I had never been born!”– Words you may expect from a hormonal teenager, but this was me, aged seven. 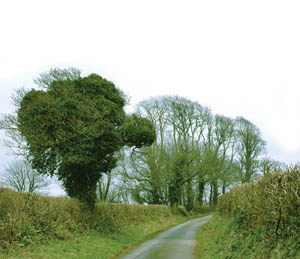 ‘I already knew I was different; father’s rejection, mother unable to verbalize love, despised by step siblings, physical and emotional abuse. It didn’t get any better as I got older. Anger, depression and no self-worth blotted my day to day existence. To the outsider, everything would have looked fine. I had most things money could buy but felt so unloved that I hated life.

‘At 16 I fell in love for the first time. As with so many people from dysfunctional backgrounds, I walked straight from one mess into another.’

Judi spent five years in an abusive relationship. Overwhelmed by her situation, she took an overdose but told someone in time to have her stomach pumped. Eventually she found the courage to leave and move on with her life.

‘But life still felt so empty. I often had extremely black days where I planned my own death.’

Judi then began an affair with a much older married man. He moved in with her but left a few months later. She was heartbroken and this desertion triggered in her a total physical breakdown.

‘I had to undergo emergency surgery. I was aware of the anxiety of the voices around me, and though I cannot say for definite that I died, I had the classic out-of-body experience. The doctors never knew what caused the severe pain, but I believe that years of emotional turmoil had finally taken their toll.’

After a gradual recovery, Judi ‘foolishly’ restarted the affair and together they moved to Devon. Judi continues her story.

‘Christianity meant nothing to me. I didn’t believe in God and Christians had always been hypocrites in hats. In fact I stopped talking to a long term friend when she became a Christian as I thought she had lost her marbles!

‘So it was absolutely amazing when one day I was walking alone along a lane and I felt the most overwhelming love. I knew in an instant that it was God. Over the weeks that followed God and I kept up a fairly constant conversation. At no point did God tell me off. I just felt unconditional love for the first time in my life.’

Judi’s relationship broke up and it wasn’t long before she was found another man. But this time there was a new element in their relationship. They attended church.

‘I loved church. The people were so welcoming, and over months the words we read in the service began to make sense to me. I realized that this God who loved me so extravagantly had put his own son, Jesus on the line for me so that I could have hope both in this life and for eternity. Nobody at church criticized us. They just seemed pleased to see us each time. When we decided to get married, they did what they could to make the day extra special.

‘My husband and I went on an Alpha course. We became Christians once we had worked out that the Bible was true.

‘I started to read the Bible and other Christian books and gradually got more stability in my emotions and therefore in my day to day life. My life since then has not been perfect. I can still struggle with relationships but emotionally my childhood traumas have been mainly healed. I have forgiven those who abused me, just as I have been forgiven by God for those things I have done wrong.

‘I now have my own children, and I thank God that he has given me the chance to build a stable family life. I once hated life so much that I wanted to die. I now only look forward to dying because I am sure that I have eternal life and heaven is going to be absolutely amazing.

‘God has turned my life around by grace, and I now work as a freelance outreach worker in Bridgend, Wales, sharing how Jesus is waiting to be invited to turn people’s lives around. Jesus said “The thief comes only to steal and kill and destroy; I have come that they may have life, and have it to the full” (John 10 verse 10), my story reveals that trusting Jesus is the way to a better life.’

Story and photograph by courtesy of Challenge Newsline